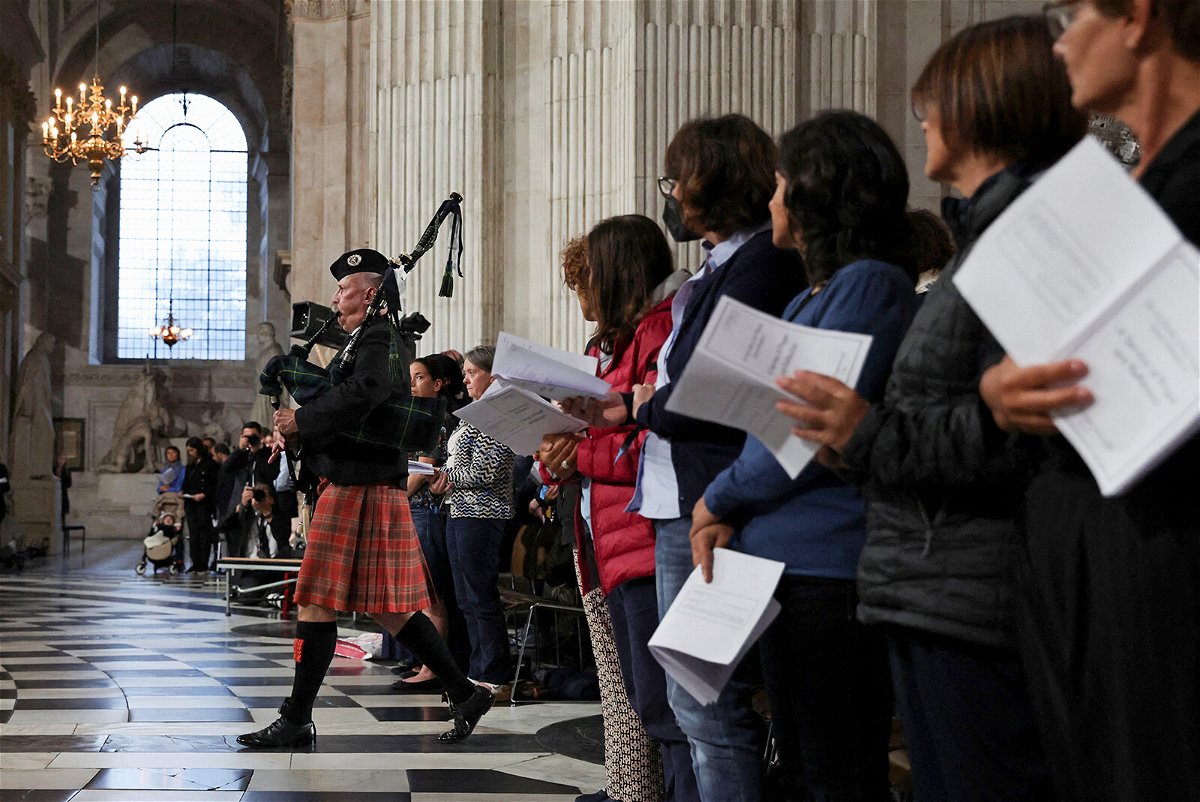 Over the seven decades of the Queen’s reign, the British public came to know many of her quirks: her corgis, her hats, her wave. But, as the nation gathered for her funeral on Monday, they witnessed a lesser-known fixture of the Queen’s life: her piper.

For most of her reign, the Queen was roused by the sound of bagpipes played beneath her window — at all her residences around the country. The Piper to the Sovereign for decades acted as a personal alarm clock, playing for 15 minutes each morning, as well as on state occasions.

But on Monday, the piper had a different role. The music that signaled the start of the Queen’s mornings signaled the end of her funeral, as he played one final lament, “A Salute to the Royal Fendersmith,” while her coffin was lowered into the Royal Vault beneath St. George’s Chapel at Windsor Castle.

The piper played from the doorway between the chapel and the Dean’s Cloister. While doing so, he started to walk slowly toward the Deanery so that the music within the chapel gradually faded. It was a moment full of symbolism, reflecting a similar ending to Prince Philip’s funeral last year.

Before the committal service in Windsor, the piper brought the state funeral service in Westminster Abbey to an end with a lament, “Sleep, Dearie, Sleep.”

The role of Piper to the Sovereign dates back to the reign of Queen Victoria. During a visit to the Scottish Highlands, she and her husband, Prince Albert, became enamored of the sound. Since the role was created in 1843, there have been 17 chief pipers.

On Monday, the music was played by Pipe Major Paul Burns, of the Royal Regiment of Scotland, who took up the role last year.

Among the thousands of tributes paid to the Queen this week, one of the most moving came from Scott Methven, who served as the Queen’s piper between 2015 and 2019. In an interview with the BBC, Methven said he was “devastated” to learn of the Queen’s death, and recalled the many moments of kindness she showed during his four years of service.

Methven lost his parents and his wife within eight months, while serving as Queen’s piper. Speaking to the BBC, Methven recalled “standing with the Queen,” who said, “If you’re not here in the morning and you don’t play the bagpipes, then I know you’re away. Don’t wait to ask anyone, just go home if your family need you because it’s family first.

“You know, Pipes,” the Queen continued, “if anyone has a problem with that, you tell them that I said it was OK to go.”

To get updates on the British Royal Family sent to your inbox, sign up for CNN’s Royal News newsletter.