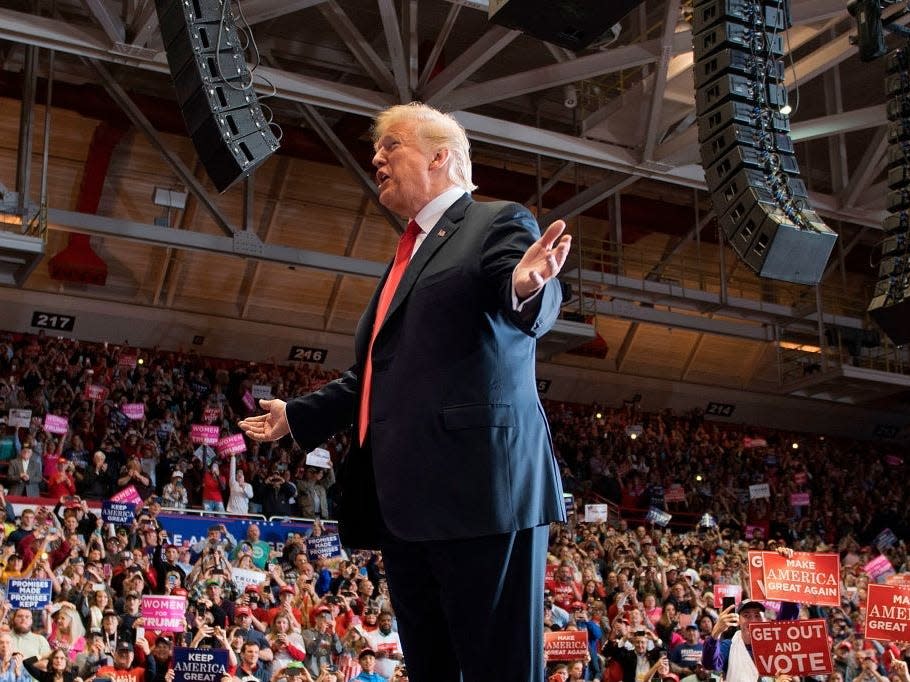 Donald Trump referred to himself as “former” president in a Fox News interview, than rapidly backtracked.

Trump on Wednesday appeared on Fox News to speak to host Sean Hannity. He was interviewed on the investigations into his business practices in New York, and the FBI’s probe into his handling of classified information after leaving office.

In the interview, Trump discussed security at his Mar-a-Lago residence, where FBI agents retrieved stashes of government records, including classified information which should only be kept in highly secure government facilities.

“I think we had good security. As you know, we had tremendous Secret Service they are unbelievable people. And they are all over Mar-a-Lago, as happens to a former president etc etc,” said Trump.

“I hate to use the word ‘former,’ because I have a lot of problems with what happened,” Trump then said, trying to reverse.

Trump was referencing his refusal to concede defeat in the 2020 election to Joe Biden, and his continued promotion of baseless claims the election was stolen from him.

Despite maintaining that he ought to be president still, Trump has accepted the Secret Service detail granted to former presidents.

Trump’s public claims to believe he ought to be president contrast with several reports that he privately admits that he lost.

Video: How Liz Cheney lost her congressional seat to a Trump-backed candidate