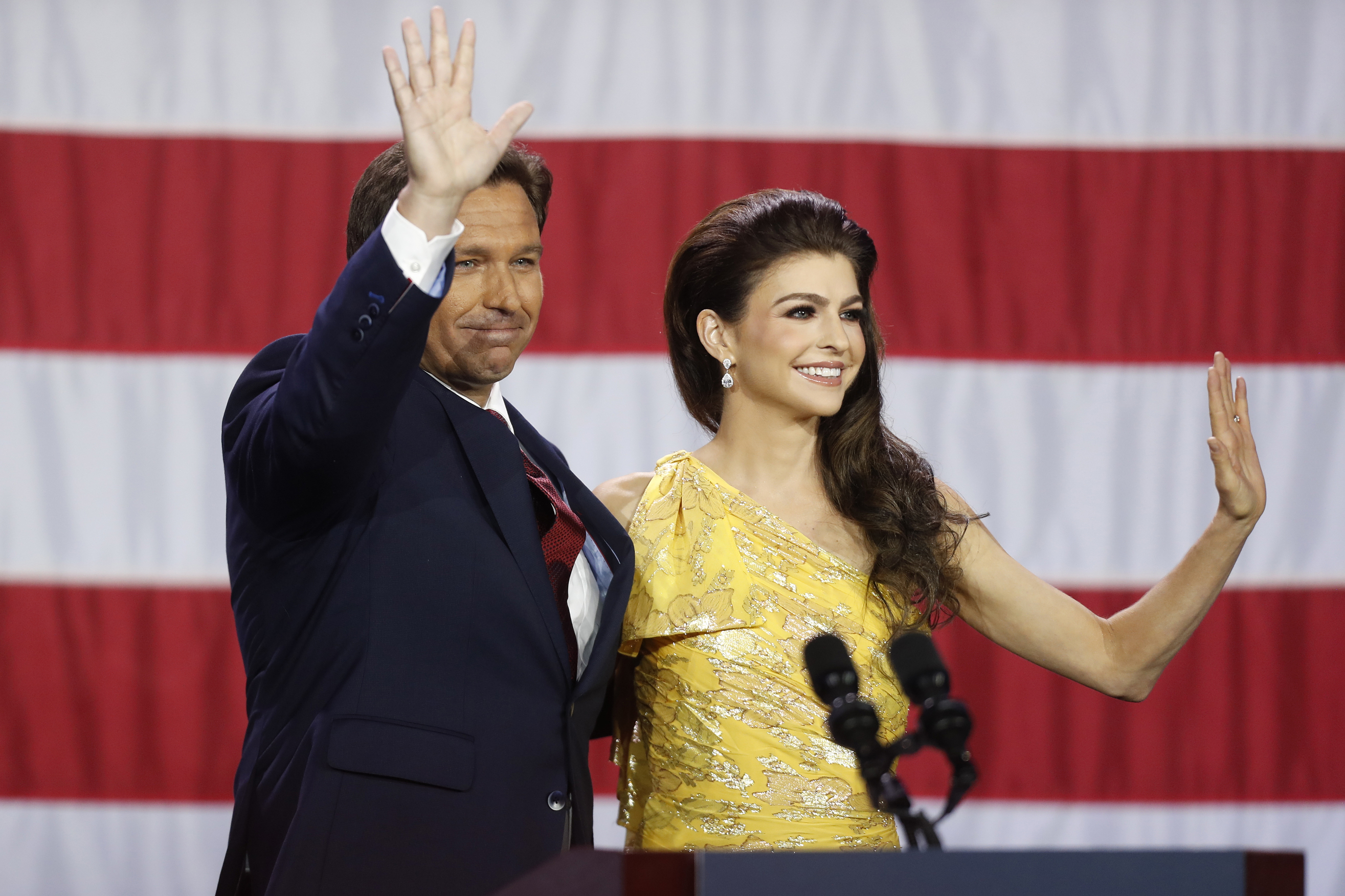 And while Trump’s attacks on the use of mail ballots have complicated the GOP’s voter turnout efforts and sparked a reckoning within the party since the midterms, DeSantis noted that he had aggressively pushed his supporters to cast their ballots before Election Day in Florida, resulting in him “kill[ing] the Democrats” in early voting.

The appearance came during a two-day conference where governors, donors, and senior party officials grappled with last week’s disappointing midterm election and conveyed the desire for a new blueprint for the party. With the Florida governor and other prospective candidates waiting in the wings, many of the attendees said it was time for Republicans to move forward, blaming Trump for their failure.

“I think the party needs to move on, because I think at the end of the day extremism has come to be associated with the former president,” said outgoing Massachusetts Gov. Charlie Baker, who attributed this month’s losses to out-of-the-mainstream Trump-backed candidates who “simply did not perform.”

One of the most popular governors in the nation, Baker decided against running for reelection as Trump was moving to back a primary challenger. The candidate who Republicans ended up nominating lost overwhelmingly last week, giving Democrats the Massachusetts governorship for the first time since 2015.

Elsewhere, Republicans failed to defeat sitting Democratic governors in states including Michigan, Wisconsin, and Kansas. While the party captured the Nevada governorship, they lost their hold on three other states.

Behind the scenes at the RGA meeting, Republicans vented. During one closed-door session, former New Jersey Gov. Chris Christie — a former Trump ally-turned-critic — received applause when he blamed Trump for the midterm defeats. Axios was first to report Christie’s comments. Bobbie Kilberg, a Northern Virginia-based donor, also sharply criticized the former president, calling Trump a “clear and present danger to the Republican Party.”

In an illustration of the anxiety gripping the GOP, those who’ve previously aligned themselves with Trump expressed little desire to weigh in.

“I’m not going there,” said Ohio Gov. Mike DeWine, who was backed by Trump in his successful 2022 reelection, when asked if he’d support the former president’s comeback bid.

Some questioned Trump’s decision to launch his candidacy at all.

“We just got through an election. Aren’t we all a little exhausted? … He’s not going to deliver a new message. There’s not going to be anything exciting or new about this. It’s going to be what is expected, and it’s going to be at his weakest point politically,” New Hampshire Gov. Chris Sununu, who like Baker has been critical of Trump, said hours before Trump’s 2024 campaign announcement. “Think about that. You’re the former president. You’re as weak as you’ve ever been politically. You’re not even necessarily the frontrunner.”

But with Trump having launched that third presidential bid, the party will again face the prospect that Trump-aligned candidates will run for governor in the future.

Several governors said the party was determined to engage aggressively in Republican primaries to ensure that the most electable candidates won the nomination — something that did not always happen in 2022. Republicans were especially stung by the nomination in Pennsylvania of Doug Mastriano, a prominent Trump supporter who cast doubt on the veracity of the 2020 election results and was outside the Capitol during the Jan. 6 riot. Mastriano was handily defeated in the general election.

“We want winners in November, that’s all that matters — winning, when you’re talking about the political aspect of it,” said Sununu.

But as they surveyed the landscape, some governors indicated the party’s difficulties went beyond Trump. Nebraska Gov. Pete Ricketts, the RGA’s outgoing co-chair, said Republicans would be examining their campaign mechanics, including advertising strategy.

“We do think we had opportunities to be able to do more,” said Ricketts, who is termed out of office. “We’ve been talking about how we can do better in the future.”

Attendees said there was little question that the outcome of the midterm election all but guaranteed that Trump would face a serious primary challenge — perhaps from as many as 10 prospective candidates.

The list of would-be rivals includes at least three governors: DeSantis, Virginia Gov. Glenn Youngkin, and Maryland Gov. Larry Hogan. All three campaigned aggressively across the country during the midterms, raising their profiles ahead of the coming presidential primary.

Hogan, another outspoken Trump critic who is finishing his final term as governor, said he would make a final decision on whether to run sometime next year. But he noted that the “lane” he was seeking out — as one willing to speak out against the former president and sketch a more moderate direction for the party — is now “wider than it’s ever been and will continue to widen” and attract other potential contenders.

But most of the focus at the conference was on DeSantis.

The home-state governor used his appearance to celebrate his crushing win, describing everything from his TV advertising to his outreach to Latinos, a traditionally Democratic-friendly voting bloc that broke for him over Democrat Charlie Crist, according to exit polls.

He also conveyed how his wife, Casey DeSantis, had emerged as a campaign force of her own. DeSantis described her decision to appear in a one-minute TV ad, in which she talked about how her husband had helped her through her battle with breast cancer.

The Florida first lady, DeSantis said, kicked staff out of the room prior to filming the spot and decided against involving consultants, choosing instead to speak “from the heart” in an unscripted way. The result, he said, was an ad that, unlike many political commercials, had an impact on voters.

“People would come up to me, and not just women, and they would say, ‘I cried when I saw your wife’s ad,’” DeSantis said. “So a lot of people would say it was one of the best ads that they had ever seen in a political campaign.”