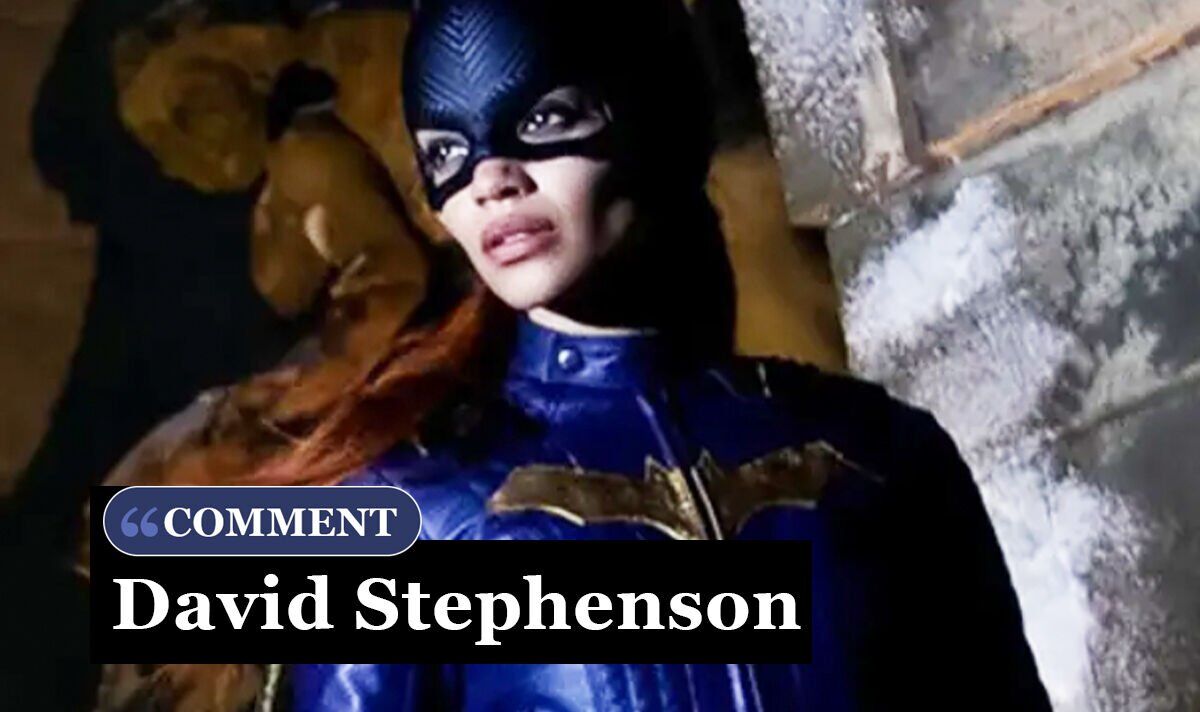 First, the film project Batgirl, a bold new Hollywood movie, will never see the light of day. You won’t even see it on a plane, it’s so dull and predictable. Second, Mock The Week, the satirical panel show that seemingly could never die, has been put to rest by the BBC “to make room for other shows”. Batgirl is the most surprising, and expensive, volte-face. The film was “progressive” in the extreme, according to insiders. Of course, Batgirl did exist in the comic books so it wasn’t some fanciful construct. So what prevented it seeing its premiere on the big screen?

Apparently, it was just too “awful”, according to those who saw the first screenings. It had everything going for it in this modern world – a feminist writer, a transgender character and female superhero, but it’s now on the cutting room floor. No one knows for certain why it’s been junked.

Superheroes, after all, have been the equivalent of spun gold. Movie makers, however, are brutal when it comes to money. Warners Bros clearly thought it wouldn’t recover its £75million budget because, we speculate, tastes have changed. Woke appears to be no longer a certain winner at the box office.

The film company will simply have to recover its investment elsewhere. Producers should have seen it coming. Its two directors were previously responsible for Ms Marvel which was panned by comic book fans on its release in June for “wokeness”. So change is in the wind.

Critics in the US say Batgirl was simply putting its “progressive values” ahead of everything, not least in the storytelling one imagines. This is now commonplace I’m afraid, through TV and film. Meanwhile, I feel for Glasgow, which doubled as Gotham City. Still, the council would have had its fee for hosting such a glamorous film. It’s a rare thing: a win, win.

The other significant victory in the culture wars was the announcement that Mock The Week is to end after 17 years. Could this be a watershed moment for woke comedy? Probably not for the BBC alas. For commercial broadcasters, yes.

With a guaranteed licence fee, the BBC as we know, will continue its “right-on” agenda for as long as it wishes seemingly. You will find so few moderate comedy voices on the box, or the airwaves (The News Quiz on Radio 4 is now a disaster) because the platforms for this simply don’t exist. Many voices have migrated to streaming channels like Netflix.

Interestingly, Mock The Week, in its infancy all those years ago, was a promising satirical programme, with clever new format innovations such as “Scenes We’d Like To See” and “If This is the Answer, What Is the Question”.

Hugh Dennis was a complete star, never unfunny, so were Russell Howard and Chris Addison. Voices like Frankie Boyle and Andy Parsons gave the show edge. But it lost its spine. Boyle, on leaving the show, said the BBC was afraid of “frightening the horses” although many will have found his comments on many subjects just too offensive to stomach.

Finally, it just wasn’t funny enough. The quality of the comedians wasn’t up to scratch and the audiences started to wane. Is it regrettable? Not a bit. I was surprised when I heard a new series was starting. I hadn’t watched a full episode for years.

Why? It was simply tired and less funny. The show used to record, according to those who went along, for around three hours on occasions. The reality is that, in this “Can you say that anymore?” culture most of the good stuff will be edited out. That’s why tickets were always in demand for the “live” records.

Comedy on the old-fashioned linear TV now is largely sanitised to meet modern tastes. In a highly regulated broadcasting world I’m afraid there seems little chance of change – unless, bizarrely, TV can learn something from Cinderella. In the stage version, (spoiler alert), Prince Charming runs off with the handsome Duke, while Cinderella must find love elsewhere.

After this Andrew Lloyd-Webber show closed early, people in the theatre world were saying, “Go woke, go broke”. Hollywood seems to have got the message (for now), but is TV listening? I challenge anyone to find anything funny on the box at the moment.

The best comedy of the year has been Tom Basden’s Here We Go with Jim Howick and Alison Steadman. Otherwise it’s a veritable desert. Woke, or not, we need a laugh and satisfying a right-on agenda is no laughing matter.