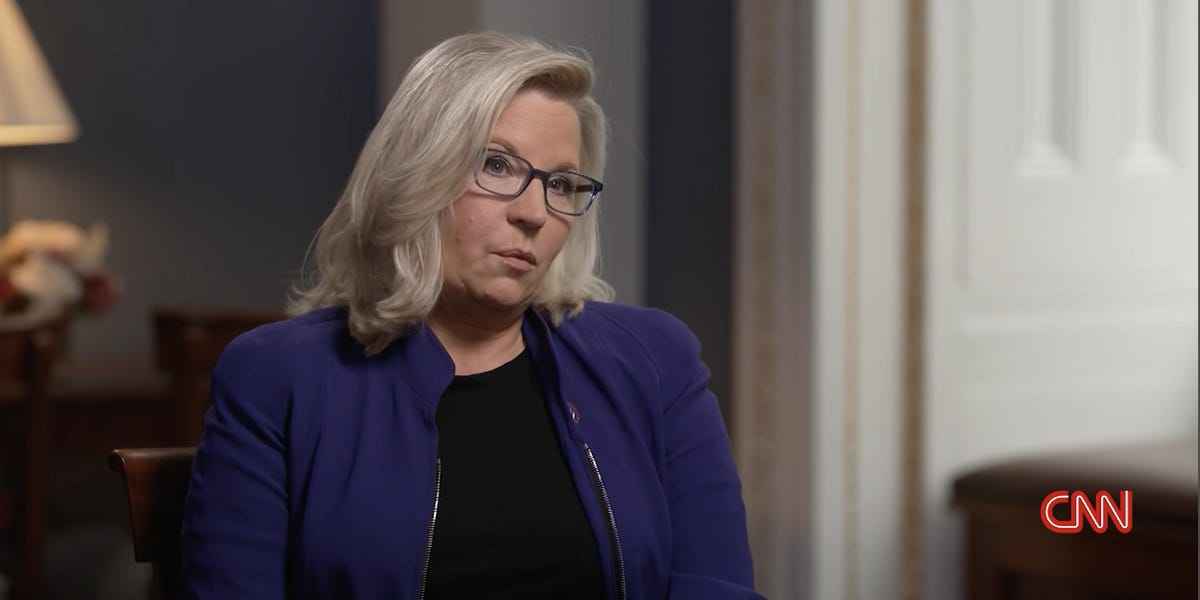 GOP Rep. Liz Cheney said she’s “very worried” about election-denying candidates running for office and said “they must be defeated” in the 2022 midterms in an interview for a CNN special report on the House January 6 Committee’s investigation.

Cheney, the vice-chair of the House panel probing January 6, lost the Republican primary for another term in Congress representing Wyoming to a Trump-backed challenger in August.

“I’m very worried. I think those people must be defeated.” Cheney said in a clip of the interview, hosted by CNN’s Jake Tapper and set to air in full at 9 p.m. ET on Sunday, obtained by Politico Playbook. “The responsibility that we all have to make sure that we make sure we defend our republic and defend our institutions has to be above politics.”

In all, 43 Republican candidates for governor, attorney general, and secretary of state who have denied the outcome of the 2020 election will be on the November ballot in 27 states, a recent report from the nonpartisan group States United Action found. Arizona, Michigan, and Alabama have such candidates running for all three of those offices in November.

“It doesn’t matter what party someone belongs to,” Cheney added. “If they are running on the basis that they will, for example, refuse to certify legitimate election results in the future, they’ve got to be defeated.”

Cheney warned of the candidates positioning themselves to deliver a victory to former President Donald Trump if he runs again in 2024 in key states like Arizona, Michigan, and Nevada.

“That’s obviously, fundamentally, a threat to the survival of the republic, and I think those people have all got to be defeated,” Cheney said.

In addition to election deniers making the ballot, the 2022 primary elections have seen several Republican candidates, including ones who lost their races by wide margins, refusing to concede their losses, baselessly claiming fraud, and in, some cases, seeking recounts.

And even more could follow in former President Donald Trump’s model of refusing to concede defeat in November. Trump was the highest-profile candidate to break from that norm in 2020, when he refused to concede his loss to President Joe Biden even after his supporters stormed the Capitol on January 6.

In a New York Times report published Sunday, the outlet surveyed 20 Republican candidates running for US Senate and governor, and found that six, all endorsed by Trump, declined to confirm that they would accept the results of their elections.

A similar Washington Post report, also published Sunday, found that a dozen top GOP Senate and gubernatorial candidates would not commit to accepting the results of their races this fall or did not respond, with several of those who did casting doubt on the security of their states’ voting systems.