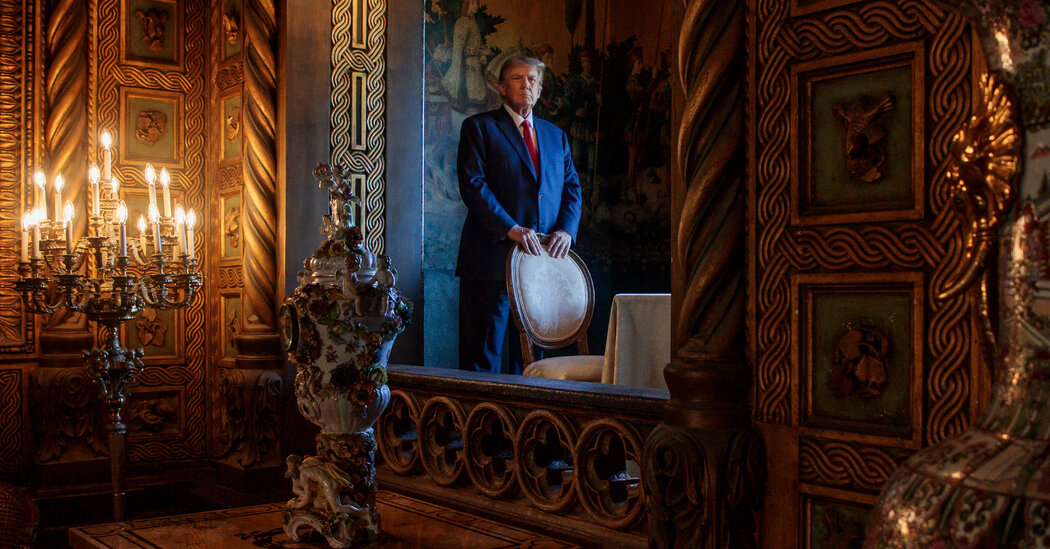 Another memory: Once, on the border of two countries in Africa, getting out to stretch my legs, I saw something that I still consider whenever I think of the power of a MAGA hat and the psychic hold that Donald Trump has over his acolytes and his opponents. On the edge of a market was a small table at which what seemed to be talismanic pouches and remedies were being sold. I asked my friend what they were used for, and he told me to stay away. An avowed Christian, he sniffed the air with resentment and explained that they were occult things to protect against bad spirits. “You have no need for this.”

I agreed with him. But when he wasn’t looking, I headed over to the table and studied the sachets and the small crowd of people who, in their stockpiling — their avid apparent belief in their purchases to recover them, empower them or do right what life had done them wrong — would later remind me of the West Virginians standing in a line, desperate to buy their MAGA looks, clothes intended to project permanence and strength, days before their MAGA world came tumbling down.

Hegel, Marx and Freud would most likely object to what I’m about to suggest, but the only word that comes to mind whenever I’m asked to consider the hat, and the third presidential campaign of Mr. Trump, is “fetish.” Hegel, in the 1820s, put forth an easily refuted lie: that “Africans” worship “the first thing that comes in their way,” be it “an animal, a tree, a stone or a wooden figure.” “If rain is suspended,” he wrote, “if there is a failure in the crops, they bind and beat or destroy the Fetich and so get rid of it, making another immediately, and thus holding it in their own power.” A fetish object, as identified by these biased Europeans who struggled to define cosmologies they could not understand, was an African object imbued with spiritual belief. But as J. Lorand Matory, a distinguished professor of cultural anthropology at Duke University, recognized in his brilliant upending of the concept of fetish, “The Fetish Revisited,” their claim that this irrational relationship with “false” gods was specific to Africans actually exposed the limitations of these European thinkers. “Fetish” is a polarizing term, its value often animated by rival societies and personal expectations. And the West has also long had its own kind of, as Mr. Matory put it, “equally useful but human-made reifications.”

The 45th president, for those who abhor him and those who adore him, is not just a well-utilized object. He is a fetish object. If possessed of any form of brilliance, he is a brilliant synthesizer of low American moments; his presence replays the racial suspiciousness of the 1980s and of “Birth of a Nation” all at once. He is a brilliant manifestation of what a poor, angry man hopes a rich, angry man will be like; he brilliantly demonstrates what an embittered loser hopes winning will feel like — vengeful and delicious. A fetish figure is illogical to those on the outside, but it makes perfect sense to those who venerate it.

The menaces and right-wing fires that Mr. Trump unleashed are now beyond his control and, worse, are all but ready to consume him for being a tactless distraction. He outrages traditional conservatives because his behavior blitzkriegs conventions and conceals nothing. His refusal to act like a reasonable person and play by the rules pulls back the curtains on the greased poles upholding so many American structures that prevent and deter equity and progress. He is brash and indiscreet. He is unnecessary trouble. If you consider him as a symbolic object, you understand that an object often outlives its usefulness and routinely gets discarded when more potent, new idols appear.