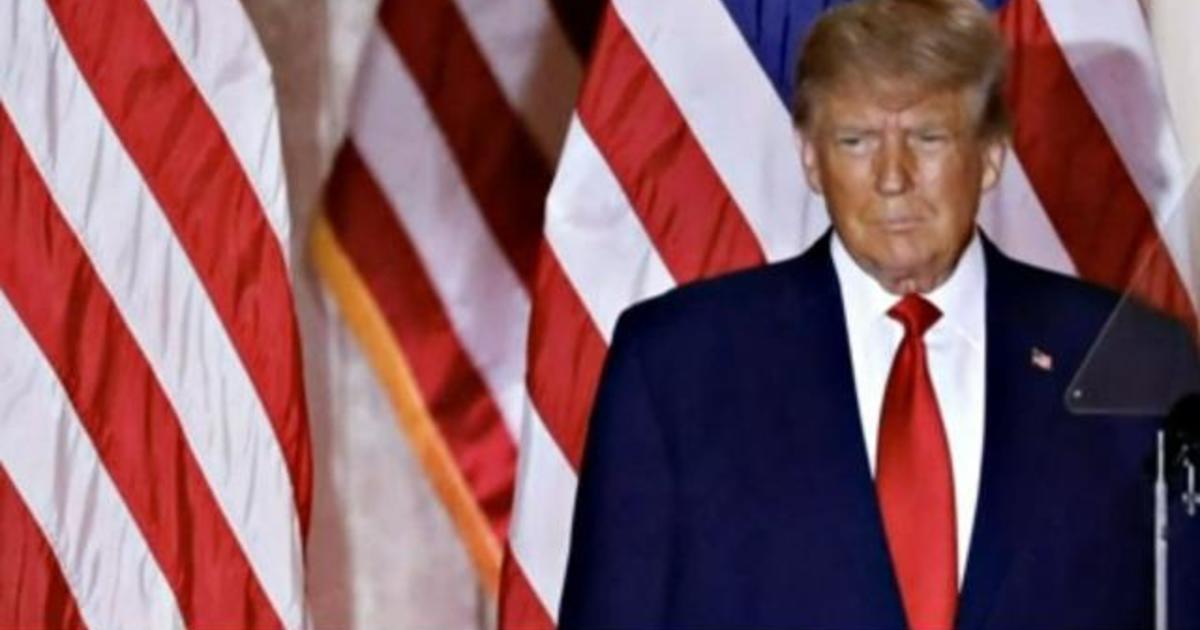 HARRISBURG, Pa. (KDKA) — It’s a question that would have been unthinkable until recently: Will Republican candidates for public office in 2024 want Donald Trump’s endorsement?

For a half-decade, Republicans defied the former president at their own peril. Often, they lost in primaries against Trump-backed candidates.

And in the 2022 primaries in Pennsylvania – even if not everywhere in America – Trump’s endorsement was still the key to a win in the primary. Partisans and independent analysts widely agreed Doug Mastriano cemented his gubernatorial nomination and Mehmet Oz eked out his win over David McCormick thanks to Trump’s backing.

“In Pennsylvania, the Trump effect played out like this: It helped you in a primary, but it didn’t necessarily help you in a general election,” said Robert Costa, CBS News chief election and campaign correspondent.

In the general election, Oz lost, and Mastriano was trounced. This brings up a corollary to what Costa said about the “Trump effect.”

“The Trumpier the candidate was on the GOP side, the less of the vote share they got” in the general election, said Christopher Nicholas, a veteran GOP consultant.

Oz, who trailed John Fetterman in some mid-summer polls by double digits, seemed to be closing the gap after a shaky debate performance by Fetterman, who was recovering from a stroke, and as he positioned himself as a consensus-building centrist. Mastriano never made a similar pivot.

Then Trump campaigned with both in Pennsylvania the weekend before the election.

“Oz, at the end of the campaign, had the burden of Trump on his shoulders,” Costa said.

Still, at least Oz and Mastriano’s campaigns lived to see a general election. So doesn’t a Trump endorsement still help?

“I think we have to reexamine that word ‘help’ when nearly all of his endorsed candidates from the spring lost in November,” said Brit Crampsie, a Democratic strategist.

“As Republicans, I think we need to figure out a way to satisfy our base without making it impossible to win in the general election,” Nicholas said.

“Democrats don’t want to be the party of AOC, necessarily, outside of a few metropolitan areas,” said Nicholas, referring to Alexandria Ocasio-Cortez, a Democratic congresswoman from Queens, New York, who is wildly popular with liberals but whom Republicans have labeled a radical socialist.