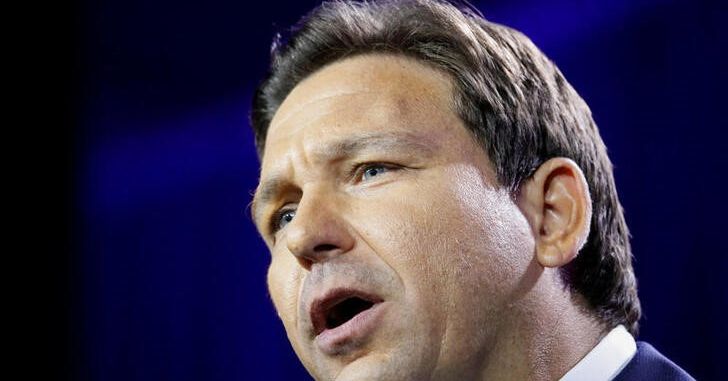 (Reuters) – Florida Governor Ron DeSantis on Tuesday sought a court order blocking him from being called as a trial witness by an elected state attorney who was suspended after saying he would not prosecute abortion cases.

Lawyers for DeSantis at the Florida attorney general’s office in a Tuesday filing urged U.S. District Judge Robert Hinkle in Tallahassee to deny prosecutor Andrew Warren from compelling DeSantis to testify at the upcoming trial.

Warren said he would not use his office to prosecute anyone who sought or provided abortions after the U.S. Supreme Court in June struck down the 1973 ruling that legalized abortion nationwide. DeSantis in August then suspended and replaced Warren, saying he had neglected his duties. The state has not identified any case Warren did not prosecute.

Warren’s lawsuit alleged his suspension from his post as the top prosecutor in Florida’s 13th Judicial Circuit in Tampa violated protections in the U.S. Constitution for free speech. A bench trial is set to begin on Nov. 29.

DeSantis’ lawyers asked Hinkle to expedite any ruling on whether the governor could be forced to testify. Any such order could be challenged in the 11th U.S. Circuit Court of Appeals.

Securing trial testimony and depositions of top government and corporate officials can pose hurdles for plaintiffs. This week, the New Orleans-based 5th Circuit overturned a Texas federal judge who said Texas Attorney General Ken Paxton could be forced to give testimony in an abortion-related lawsuit in that state.

DeSantis’ office on Wednesday did not immediately respond to a message seeking comment, nor did the Florida Attorney General’s Office. Florida also argued that DeSantis’ chief of staff, James Uthmeier, should be barred as a witness, as well.

Lawyers for Warren did not immediately respond to a similar message.

At the time he filed the lawsuit, Warren said the legal action was taken “against Ron DeSantis’ abuse of power and unlawful suspension.” His lawsuit seeks reinstatement as state attorney and an injunction barring any retaliation over his statements.

Florida’s lawyers told the court that Warren “has more than enough evidence to discern the governor’s motives without hauling Florida’s top executive officials into court.”

Warren will have a chance to respond to DeSantis in court.

A pretrial hearing is scheduled for Nov. 23.

For Warren: Jean-Jacques Cabou of Perkins Coie; and David O’Neil of Debevoise & Plimpton